To share your memory on the wall of Jonathan Howe, sign in using one of the following options:

He attended St. George's School and Yale University, where he received his law degree. He was a member of the Society of the Cincinnati and the Metropolitan Club in Washington, DC. Jonathan spent his career combining his love of aviation with the law. He spent 20 years at the FAA, with his final assignment as the Director of the Southern Region in Atlanta. After the FAA, Jonathan moved back to Washington, DC to lead the National Business Aircraft Association before moving to Zuckert, Scoutt, Rasenberger, LLP. He and Bitsy enjoyed four years in Geneva, Switzerland, where he was Director General of Airports Council International. In 2008, Jonathan retired from the law firm and moved to Gray, Georgia. In retirement, he continued to enjoy many of his favorite activities -- ham radios, computers and gadgets, traveling, and spending time with family and friends.

Gray Memorial Chapel is honored to be entrusted with the arrangements for Jonathan Howe. Please visit our online memorial at www.graymemorialchapel.com.
Read Less

To send flowers to the family or plant a tree in memory of Jonathan Howe, please visit our Heartfelt Sympathies Store.

Receive notifications about information and event scheduling for Jonathan

We encourage you to share your most beloved memories of Jonathan here, so that the family and other loved ones can always see it. You can upload cherished photographs, or share your favorite stories, and can even comment on those shared by others.

From. Airports Council International (ACI) sent flowers to the family of Jonathan Howe.
Show you care by sending flowers

Posted Mar 06, 2020 at 03:33pm
Dear Bitsy, Jennifer, Genie, Kate and Elizabeth, I am thinking of each of you with love in this time of deep loss. I know you are all supporting one another, and I add my wishes for strength and faith in the days ahead. I will be ever thankful for the memories created over the years with all of you and Jay. Melanie
Comment Share
Share via:
DG

Posted Mar 05, 2020 at 07:38pm
I remember with affection working under Jonathan's direction while he was Director General at Airports Council International in Geneva, Switzerland from 1997 to 2002. I recall his constant enthusiasm for all things related to aviation and the role of the airport - especially the aircraft movement part of it. He always encouraged the staff to work with ACI's members and with ICAO, aircraft manufacturers and other aviation organizations, and there were many positive results from this engagement during his time as DG. On a personal note, I remember that he was a keen amateur radio enthusiast and his radio call-sign did double duty as his private e-mail address, too, which I thought was clever. I am sad that he is no longer with us, and send my condoleances to Bitsy and the rest of his family. David Gamper
Comment Share
Share via:
HS

Flowers were purchased for the family of Jonathan Howe. Send Flowers

Posted Mar 05, 2020 at 12:16pm
Wishing you peace to bring comfort, courage to face the days ahead and loving memories to forever hold in your hearts.

Flowers were purchased for the family of Jonathan Howe. Send Flowers

Posted Mar 05, 2020 at 11:00am
Please accept our most heartfelt sympathies for your loss... Our thoughts are with you and your family during this difficult time. 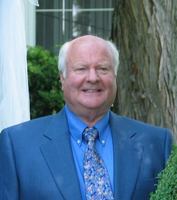